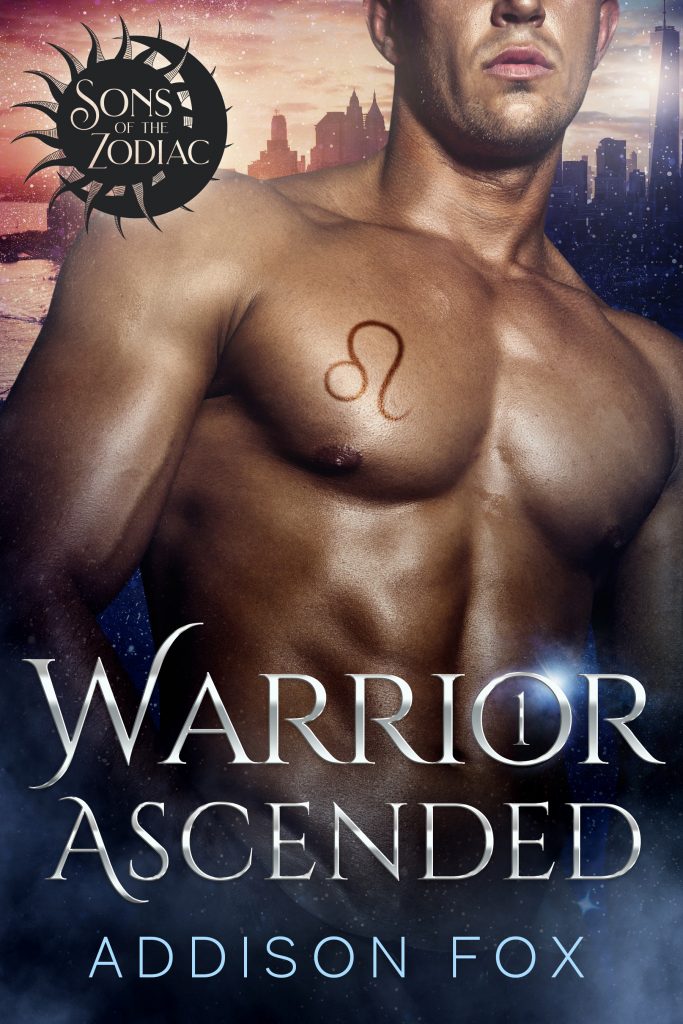 Book 1: The Sons of the Zodiac Millennia ago, the Goddess of Justice created a race of fierce Warriors, each imbued with a special power of the Zodiac, charged with protecting humanity from the darkest of evils. Charming, proud, and impulsive, Leo Warrior Brody Talbot is fighting what may be his final battle. Enyo, the Goddess of War, plans to fulfill an ancient prophecy to destroy humanity by harnessing the dark power of the Summoning Stones of Egyptâ€”and thereâ€™s only one person who knows enough about the stones to help Brody diminish their strength. Since her father’s murder, museum curator Ava Harrison has continued his research of Egypt’s ancient treasures. She’s just landed the exhibit of a century, displaying the Summoning Stones at New York’s Natural History Museum. Used to working alone, Ava is suspicious of the arrogant archeologist who’s been brought in to ensure the stones safekeeping–but his presence ignites an unexpected blaze of attraction. Never in all his centuries has Brody met a woman who enthralls him like Ava. But, bound to protect her, he struggles to deny his passion as they are drawn into a dark and dangerous final reckoning between good and evil.