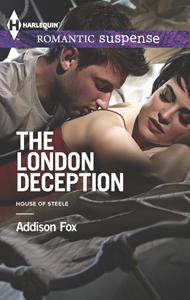 The beautiful former thief had never met a lock she couldn’t pick. Although Rowan Steele is now legit, she handles some of the family’s most dangerous assignments. When she agrees to safeguard an ancient treasure, her heart—as well as her life—may be the price.

His outlaw days roaming the streets of London are behind him. Now Finn Gallagher’s expert eyes authenticate the treasures he used to steal. When a major antiquities cache is threatened, he recruits Rowan to join him. Together, he figures, they can keep anything safe. Until an old enemy raises the stakes